This remarkably detailed painting shows the Samudramanthana episode. As usual in South Indian painting, at the top of the mountain a temple’s golden kalasha is visible. Just above it, Vishnu is emerging half bust from a cloud, carrying the amrita vessel in his hands.

Coiled around the mountain is the serpent Vasuki, identified as ‘Vasuka’, whose tail end is held by the ‘suras’ and the head by the asuras. On the opposite side are nine asuras, enveloped by the dark fumes spewed out by Vasuki.

In the foreground are the many precious objects which emerged from the depths of the sea: the horse Uchchaihshravas, the white elephant Airavata, the fire, the tulsi plant, a chariot, the goddess Lakshmi seated on a lotus , the parijata tree, Surabhi, Soma, five precious stones, the kalpavriksha, the apsaras, one of whom, Tilottama is immediately carried away by the asura brothers Sunda and Upasunda, and finally a goddess with a broom, moodevi – goddess of misfortune. In the left upper corner of the painting Vishu as Mohini, identified by an inscription ‘Narayana’, is doling out the amrita to the assembled gods seated opposite the asuras. While she is busy she is distracted by the asuras clamouring for their share. The story continues in the upper right corner: the gods and the asuras are engaged in a fight, and immediately to the left, Śiva swallows the hahahala poison, shown as a blue line on his throat, under the watchful gaze of the gods and of Parvati.”

Now the wonderful event of Sumudramanthana is depicted in a modern art form in the Suvarnabhoomi Airport in Thailand. 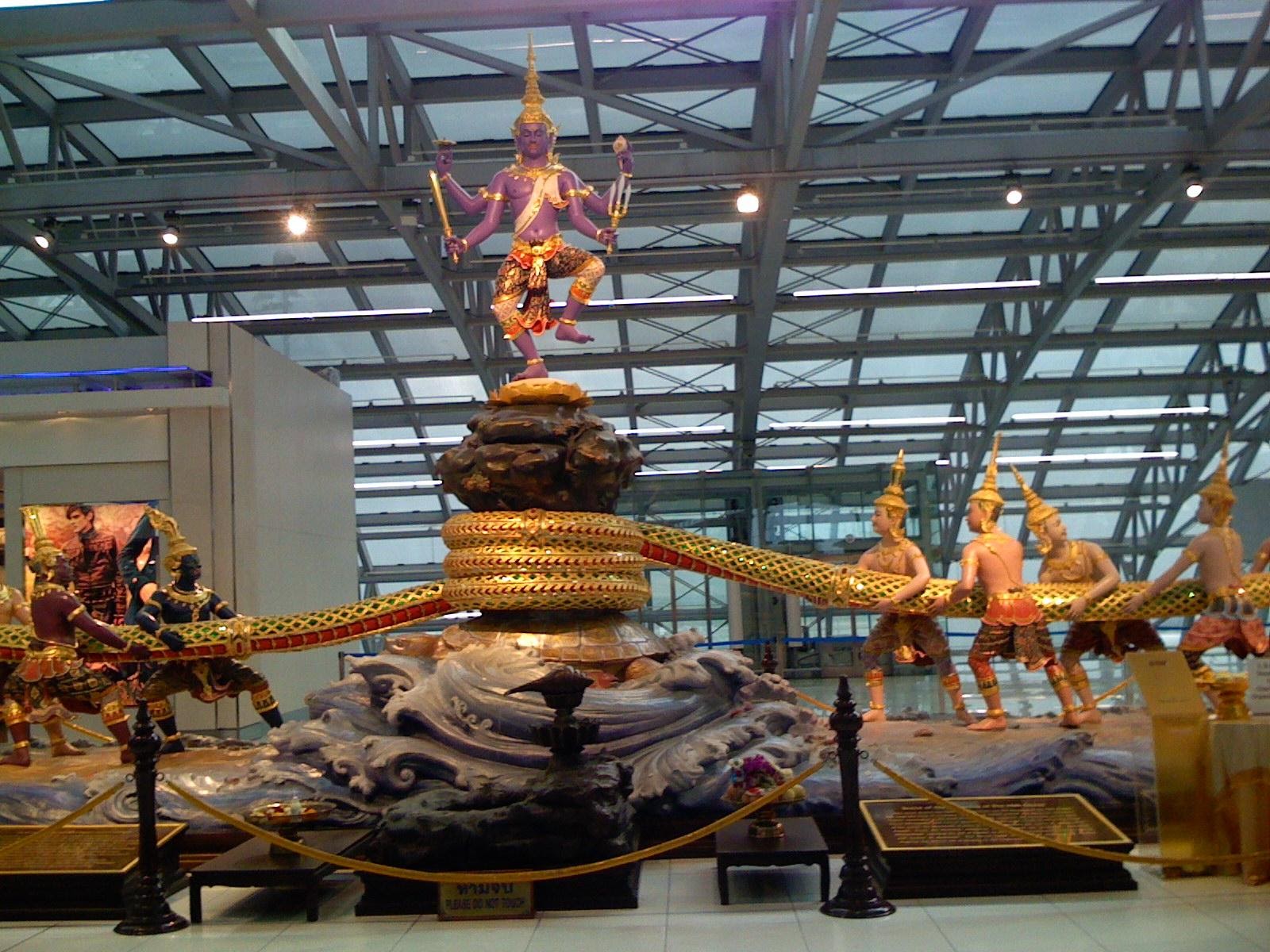 This image is infact a replica of bas-relief from Angkor Wat,Cambodia,
shows Vishnu seen as a tortoise and also in his divine form on top of it.